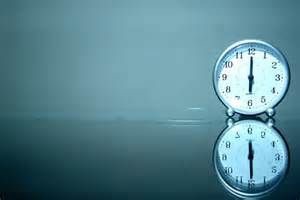 On June 30, 2015 at 8 PM ET the world will enjoy an extra second in their schedule.
Historically, time was based on the orbit of the earth around the sun. Seconds were calculated by dividing the time the earth took to orbit the sun by 86,400 (24 hours X 60 minutes X 60 seconds).
As time went on and technology progressed various means of measurement for time were used. The most recent and the most accurate so far is based on counting the oscillation of the Cesium-133 atom.
So what’s the problem?
Obviously the time calculated from the atoms oscillation must coincide with what we see in the sky. The problem comes in that the earths rotation around the sun is slowly slowing down.

On June 30, the rotation will be a second behind the time on the ground, hence the “Leap Second”.
The most recent Leap Second was in 2012, when it brought down, Y2K style, Qantas’ computer system, Yelp, and other apps and websites. Because much of their code is based on UNIX software, software that was invented two years before the Leap Second idea began, some stock exchanges are delaying their opening bell or closing to avoid similar problems.
Fortunately your life is unlikely to be affected so savor your extra second.
Cheers!

SciShow has great video in this.

Join 58 other subscribers
Follow The Renaissance Chick on WordPress.com